HomeMobile AppsWhy Flutter Is the Best Platform to Make Hybrid Apps? The 4th Feature May Surprise You! 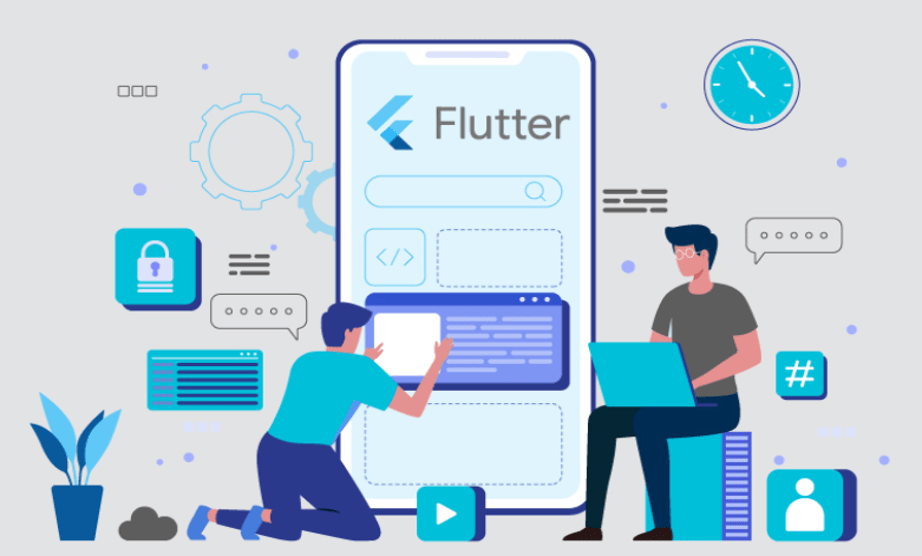 Why Flutter Is the Best Platform to Make Hybrid Apps? The 4th Feature May Surprise You!

Developing an app that runs swiftly in both android and ios can be challenging. Android apps need Java & JavaScript, whereas ios apps need Swift and Xcode. So it becomes tough to make a single app using multiple coding languages.

That’s where cross-platform app development comes in handy. With this, you can run an app on different platforms and with a single code. And Flutter is one of those mediums!

The alpha version of Flutter came in 2017. But it wasn’t very user-friendly and accessible at the beginning. But with the introduction of the user-friendly, comfortable beta version in 2018, this has become very popular in the market.

Flutter offers user-friendly interference, simple coding, a wide range of widgets, and much more. Read on to know why Flutter is the best platform to make hybrid apps?

What are Hybrid Apps?

Hybrid and Native apps are almost similar, but unlike native apps, Hybrid apps run across different web platforms. It is a blend of native and web applications. HTML, CSS, and even JavaScripts are used to design these hybrid apps and open in a web view.

The development of Hybrid apps is basically a mobile app with extra native functionality.

In 2017, Google launched Flutter to code and build native apps for both android and ios. Flutter is an open-source technology. That means you can copy its codes, modify them and share your own written codes with others. And it’s absolutely free of charge.

Flutter helps you to create or develop an app with a single coding language and a codebase. So you can create an android and an ios app with that single programming language.

Flutter offers some outstanding features compared to its competitors. And these features will certainly help you understand why Flutter is the best platform to make hybrid apps. Let’s have a look at the features-

Flutter works on a single codebase. To many developers, coding in multiple languages is really challenging. And the output is not always perfect. So a single codebase is an efficient way to make a cross-platform app. The “Dart” programming language is adequate to create a single app for both android and ios. Vast widget library and interactive designs deserve appreciation as well. 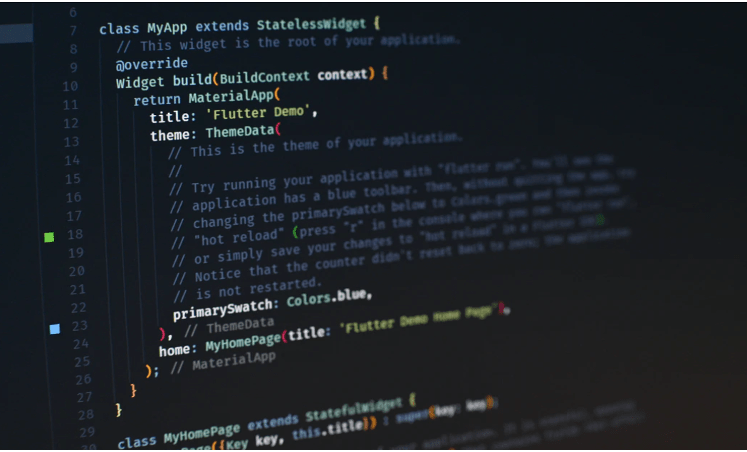 The Dart programming language and Skia++ engine help to develop the framework. Unlike others, it doesn’t need JavaScript to maintain the connection with native components. It has many built-in frameworks like Material Design and Cupertino.

Having a wide range of widgets makes it faster to develop an app. Whether you’re an app developer or app development company, widgets always come in handy to complete the work easier and quicker.  You can create user interference with the help of widgets.

You can also use animations in Flutter to make it more interactive and responsive. Flutter also allows choosing varieties of widgets based on business type, area, and requirements. For using a single codebase and having cross-platform usability, Flutter is definitely second to none!

The “Hot Reload” is an outstanding feature that Flutter offers. Hot Reload lets the developers instantly see any change that they made in the app. If you have any idea about app development, only then you’ll understand how handy and remarkable this feature is! 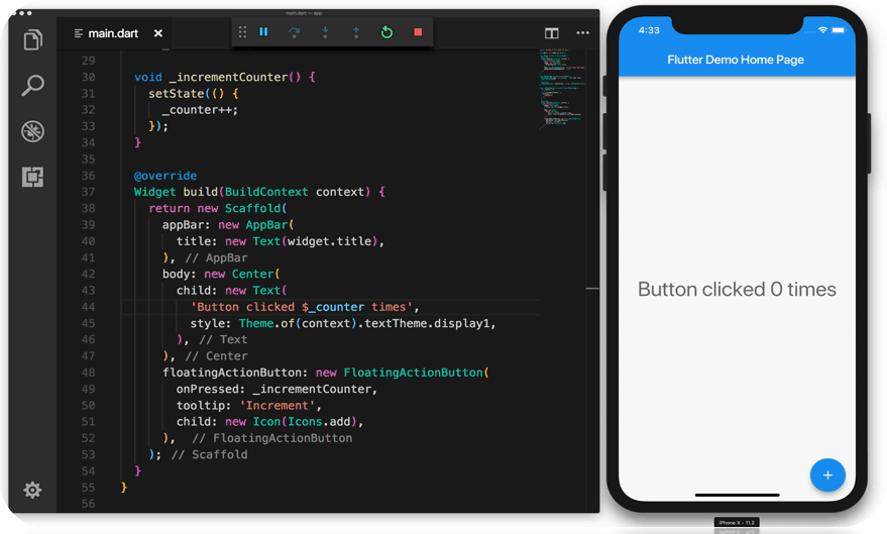 The Hot reload feature is effective, especially in creating cross-platform apps. You can fix the bugs and glitches quickly. Creating hybrid mobile apps has become very easy with the help of features like “Hot Reload.”

Most organizations or business owners like to have native apps for their business. But developers like Flutter have certainly changed this practice in recent times. Being a cross-platform app developer, Flutter also allows you to enjoy the native apps. Alongside it helps to create functional and standard UIs.

Mobile apps created by Flutter have modified UIs and allows to set any language, area, and content. Native codes, APIs, and third-party applications are also used by Flutter. Developers use the SDKs if the android or ios device supports it.

The software gives an effective system that improves the compatibility and flexibility to the developers. You can make changes to an application or even create a new one from scratch.

The Dart programming language used by Flutter uses JIT and AOT compilation. These compilers accelerate the loading time, boost performance, and help the apps to function properly. So it is a lot less complex than the other app development options in the market.

JTI uses the “Hot Reload” mechanism to improve the app development procedure. It also refreshes the user interface without reloading it. As it uses one programming language and a couple of compilers, it has less complexity.

Testing is one of the most essential phenomena in the case of web and app development. Proper testing assures that the app is running and performing well as intended. And if there’s any bug or glitch, it’ll also come out. And the developers can fix them before releasing them.

Flutter has a wide range of tools to test mobile apps at different stages.

What Makes Flutter the Best Platform to Make Hybrid Apps?

Till now, we’ve talked about Flutter and its features. But how these features help to create the Hybrid apps is the main concern.

So here are some of the advantages of using Flutter-

The wide range of widgets in Flutter fixes any compatibility issue. There are fewer bugs in the apps. So, developers need less time to test them. Talking about the compatibility, flutter apps are supported in both android and ios.

Flutter is the perfect medium for fulfilling client demands by offering quality and a native user interface. It creates an app with a single code. So the development cost is less.

Developers can use Material Design and other elements in android and ios. The widgets of Flutter support any operating system.

Flutter enables reactive apps and plugins like Firebase to manage the database. So it integrates the solutions more precisely and quickly.

Flutter uses some advanced features to give a smooth experience. These include data collection, GPS coordinates, permission allowing, and much more.

Flutter is just like any other creation of Google- handy, effective, and time-saver. For all the outstanding features, it is certainly one of the most popular app development mediums.

The single codebase and Hot Reload features are exceptional! So if you’re thinking of using an app development medium or intending to switch, undoubtedly, Flutter will be the right choice.

So we hope you understood why Flutter is the best platform to make hybrid apps, right? For any queries, let us know.

What Goals are Available in Google Analytics and Which Should You Use?

What Would Be Best Between UI/UX Designer vs Web Developer